You are here: Home / Featured / Meeting New People in a Digital World

I am so happy that I am married and that I do not have to deal with the dating scene anymore. When I divorced my first husband (one of the smartest things I have ever done) almost thirteen years ago the digital world was in it’s infancy.  In 1997 online dating was as taboo as you could get.  Dating sites online were just starting to emerge  and it wasn’t until a year later that Tom Hanks and Meg Ryan gave a tad bit of validity to the phenomenon with the release of  You’ve Got Mail. 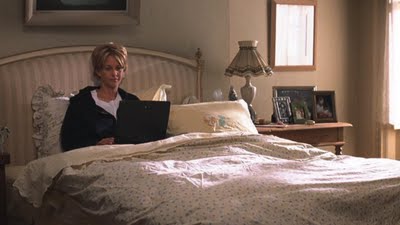 I have to admit that I did dabble a bit with online dating, but it wasn’t through one of the dating sites, it was through something called mIRC where I ran a trivia channel named #1WorldmIRC.  The criticisms I got from my friends and family were abundant and to this day my husband still makes fun of me about the relationship.  There were tons of people who were regulars to my chat channel that “hooked up” and some even got married.  We were from all over the world and we all had one geeky thing in common, computers and useless information (thus it was a trivia channel).  One woman who lived in Amsterdam met one of the men and they started dating in Manchester.

Today the world of online dating has grown so much it is almost the norm.  According to Wikipedia “the United States generated $957 million in revenue in 2008 from online dating services.”  That is incredible.

I am really curious if any of you have tried online dating and if so,

do you have any advice you can offer to anyone who might be looking for that special someone?