This is a sponsored post written by me on behalf of National Institute on Drug Abuse for IZEA. All opinions are 100% mine. 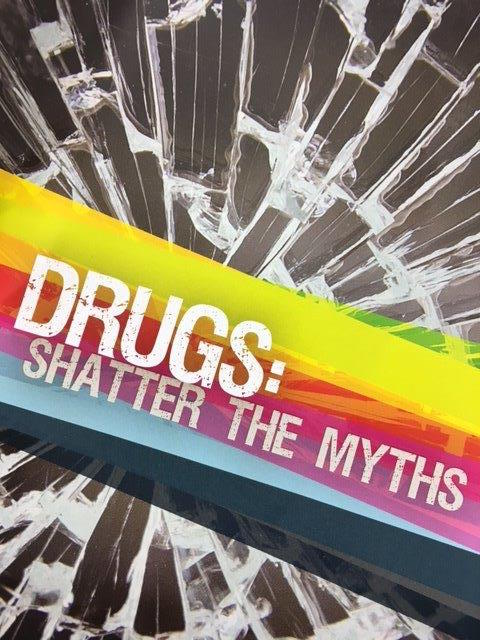 This week is National Drug & Alcohol Facts Week® (NDAFW). It’s a week where we bring drug and alcohol facts to light and educate teens and parents about the myths out there that confuse our youth. The observance is held January 22nd – 28th and it is sponsored by the National Institute on Drug Abuse (NIDA) as well as the National Institute on Alcohol Abuse and Alcoholism (NIAA).  The NDAFW started in 2010 and it features SHATTER THE MYTHS® community-based events throughout all 50 states as well as some international sites. These events connect teens with scientists and other experts so they have a safe place to ask questions without being judged or lectured. These are very important conversations, especially in today’s world where hot topics such as the legalization of marijuana are all over the news sending mixed messages to children.  Marijuana: Facts Parents Need to Know, is a great resource that can help facilitate conversations between parents and their teens. In our home, we have always had a very open dialogue about drugs and alcohol, but for some parents these conversations are not easy. What to do if your teen has a problem with drugs is another great resource that can help families really communicate about the problems our teens are facing today.

Although I think I’m pretty up-to-date on the subject matter I did take the National Drug & Alcohol IQ Challenge only to find out I scored a 7 out of 10. I challenge you and your teen to take the quiz. You might be surprised at the outcome and it’s a great way to start a healthy conversation about NDAFW.
Like many families today, our family has been affected by both drugs and alcohol. Some of my readers may not realize it, but my first marriage ended because my ex-husband was an alcoholic and his actions caused a lot of pain for my family. According to the NIAAA, children of alcoholics are about four times more likely than the general population to develop alcohol problems (source: https://pubs.niaaa.nih.gov/publications/familyhistory/famhist.htm), so being able to talk to my son about alcohol was important. Fortunately for our family, my son is now 24 years old and has grown up to be a responsible adult and he drinks responsibly.

In our town drugs seem to be a real problem and unlike the small quiet town of the 90s, you can find our teen population has taken to meth and heroin.  I think heroin right now has become an epidemic and it scares the heck out of me now that my youngest is getting ready to enter high school. I plan on using NDAFW to open a dialogue with him and sharing the information I learned by reading the Drugs: Shatter the Myths booklet.

Please join us this week as we have one of the most important conversations we can ever have with our teens and help SHATTER THE MYTHS®.