You are here: Home / Featured / Rock the Universe 2016 at Universal Orlando #RocktheUniverse 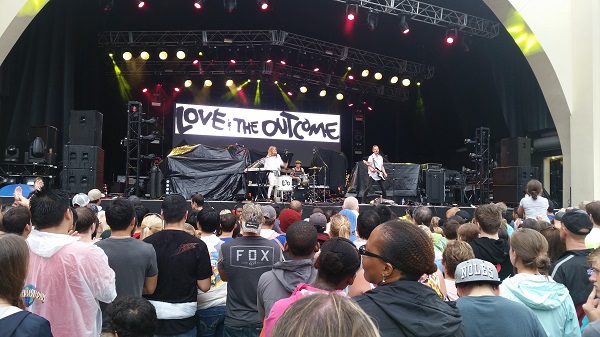 We had a great time rocking out at Rock the Universe at Orlando Studios last year. Having never been to a Christian concert before we were surprised by the different genres we heard. There was a little something for everyone. There was even heavy music! We were introduced to several new bands and enjoyed listening to a few of our favorites. After the concert, we thoroughly took advantage of our park access and rode everything we could multiple times. We had a nice dinner and a great night. When I found out we would be going again I was super excited!

This year is going to be even better than last year. We are more versed in Christian music now and know a lot more bands. This year’s lineup looks really exciting. Friday, September 9th Skillet, Jeremy Camp, Rend Collective, KB, Matt Maher, Lauren Daigle, Finding Favour, DJ Promote, 7eventh Time Down, Jillian Edwards, and Royce Levett will be performing. On the roster for Saturday, September 10th are Lecrae, Toby Mac, Family Force 5, Andy Mineo, Colton Dixon, NF, I am They, DJ Promote, The New Respects, About the Author, and Ryan Stevenson. Whether you are new to Christian music or are a well-seasoned, as long as you love music and have a little faith, you will definitely enjoy yourself. 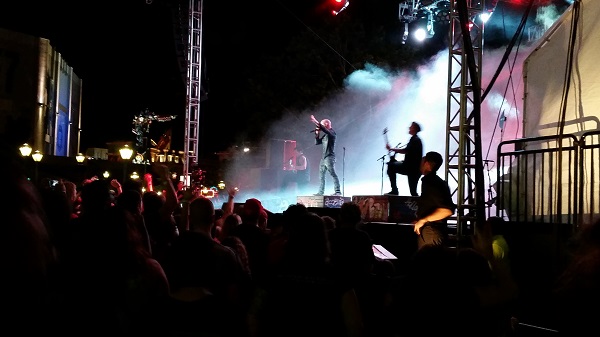 During the event be sure to drop by the Coca-Cola FanZone for more live music, autograph sessions, performing acts and more. Saturday night guests have the opportunity to attend a candle lighting ceremony and enjoy access to the park. Last year we rode Shrek, Transformer, Men in Black, and the Simpson’s rides. This year we plan on adding Revenge of the Mummy and Hollywood Rip Ride Rocket to the list. Hopefully, the wait times will be as short as they were last year. We rode everything we could at least 2 times!

Who are you most excited about seeing?