You are here: Home / Orlando and Atlanta / Around Atlanta / Ringling Brothers and Barnum & Bailey Circus Coming To Atlanta

Last year our family had the pleasure of going to the Ringling Brothers and Barnum & Bailey Circus and they are back! 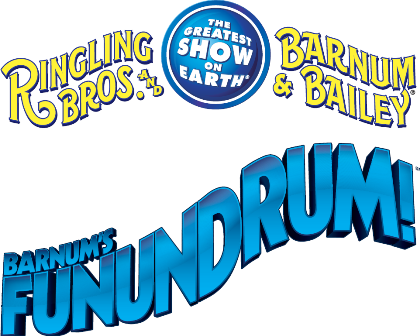 All-new Ringling Bros.® extravaganza coming to Philips Arena Feb. 17 – 21 and Gwinnett Arena Feb. 24 – 27 Ladies and Gentlemen…Children Of All Ages… The Greatest Show On Earth just got Greater with Ringling Bros. and Barnum & Bailey® Presents Barnum’s FUNundrum!SM!  Featuring 130 performers from six continents, almost 100,000 pounds of performing pachyderms, cowboys, pirates, and mermaids, Barnum’s FUNundrum! is a super-sized spectacle so massive you just can’t miss it! This monumental, once in a lifetime event celebrates the 200TH anniversary of the birth of the legendary P.T. Barnum, the Greatest Showman on Earth! and can only be experienced at The Greatest Show On Earth®, Barnum’s living legacy! Ringmaster Jonathan Lee Iverson invites the audience to leap aboard the Ringling Bros. train and go on a family FUNtastic adventure to meet exotic characters and witness thrilling performances that attempt to answer Barnum’s FUNundrum, “What special wonders create The Greatest Show On Earth?” Barnum’ FUNundrum! provides hours of thrilling entertainment that is fun for the whole family for about the price of a movie ticket.  Ringling Bros. offers the greatest value in family entertainment making the circus Ticketmaster’s number one most purchased family event. Tickets for Barnum’s FUNundrum! go on sale November 27 and are available through www.Ringling.com, Ticketmaster, Philips Arena or the Gwinnett Arena box office. Step right up and see the Flying Caceres attempt to complete the elusive quadruple somersault on the flying trapeze; a feat that hasn’t been mastered in over three decades. Watch the Puyang troupe from China dazzle with a stunning display of dexterity as they bounce, flip, and twirl to new heights on a two-tiered trampoline. Be amazed as you witness the impossible contortions of the body benders who fit three humans in a cube the size of a milk crate. Enjoy the wondrous ability of the Mighty Meetal, the strongest man in the world, as he lifts over 1,200 pounds.  And savor the stupendous skills of the hand balancers featuring Duo Fusion, a married pair of performers with a twist; the wife does the heavy lifting. Arrive an hour before show time for the All Access Pre-show – FREE to all ticket holders, and meet performers and animals, learn circus skills and enjoy a taste of the performance before the show even starts! Performance Schedule Feb. 17 – 21, 2011 at the Philips Arena Thurs. – 7:30 p.m. Fri. –  10:30 a.m. & 7:30 p.m. Sat. – 11 a.m., 3 p.m. & 7 p.m. Sun. – 11 a.m., 3 p.m. & 7 p.m. Mon. – 11 a.m. & 3 p.m. Feb. 24 – 27, 2011 at the Arena at Gwinnett Thurs. – 7:30 p.m. Fri. – 10:30 a.m. & 7:30 p.m. Sat. – 11 a.m., 3 p.m. & 7 p.m. Sun. – 12 p.m. & 4 p.m. Tickets are $14, $22, $28, $35 ($35 tickets are only at Philips) and a limited number of Circus Celebrity, VIP and Front Row tickets. All seats are reserved and available at www.Ringling.com, Ticketmaster, Philips Arena or the Gwinnett Arena box office.

I WILL BE GIVING AWAY A FAMILY 4 PACK OF TICKETS SOON – STAY TUNED!