You are here: Home / Orlando and Atlanta / Around Atlanta / LET’S PLAY: DESIGNED BY KIDS, BUILT BY VOLUNTEERS at Stone Mountain Aug. 25th

Did you know that only 1-in-5 children live within walking distance of a park or playground? 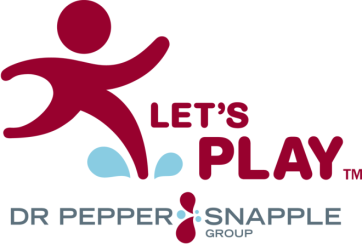 As many of you know I’m a Play Ambassador for Let’s Play and I frequently write articles and play ideas for their site.  I also am an advocate of taking the Let’s Play Pledge to show your commitment to keep play alive. Available now at Facebook.com/LetsPlay.

The Pledge encourages families to commit to spending more time being active…and PLAYING! (It only takes a moment, costs nothing and is a cause all parents can support!).

If you are looking for something to do this weekend I suggest volunteering to help with the new playground that was designed based on drawings created by children who participated in a Design Day event in June.  This playground and will provide hundreds of children in the Stone Mountain community with a safe place to play. You can help make their dreams a reality by joining at:

WHAT:         More than 200 volunteers from Dr Pepper Snapple Group, QuikTrip and DeKalb Academy of Technology and Environment (D.A.T.E.) Elementary and Middle Charter Schools, organizers from KaBOOM! and residents of the Stone Mountain community will join forces on Wednesday, Aug. 29  to build a new playground at the school. The new playground’s design is based on drawings created by children who participated in a Design Day event in June.

Currently, D.A.T.E. Elementary and Middle Charter Schools do not have any playground equipment for the 650-plus K-8 students who attend the schools.

Today’s kids spend less time playing outside than any previous generation in part because only 1-in-5 children live within walking distance of a park or playground. This play deficit is having profound consequences for kids physically, socially and cognitively. Children need a place to play every day in order to be active and healthy, something KaBOOM! has been committed to since 1996.

Hundreds of volunteers from the community

VISUALS:     Before and after shots of the site

Ribbon-cutting ceremony to dedicate the playground

Currently, D.A.T.E. Elementary and Middle Charter Schools do not have any playground equipment for the 650-plus K-8 students who attend the schools.