You are here: Home / Everything Else / Dream it Forward and Unbox a Better Tomorrow with the Dream Bed

Disclosure: This is a sponsored post written by me (with a lot of input and direction from my 11 year old son) on behalf of The Dream Bed™ and it includes my opinions.

One of the tag lines for The Dream Bed™ is “Unbox a better tomorrow” but I wonder if they realize just how much their product really lives up to that motto? 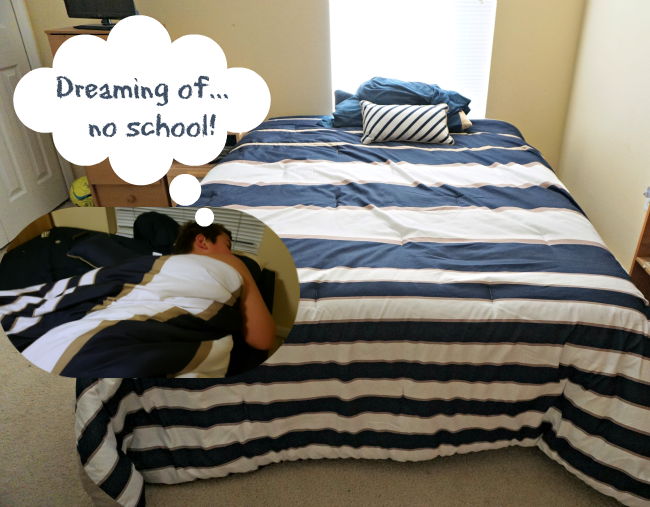 A few years ago our son James wanted a cool futon to sleep on in his new bedroom instead of a bed.  He thought it would be cool to fold it up into a couch to play video games by day and fold it out at night to sleep. It probably was very cool for the first week or so, but after about a year I noticed he was making up excuses to sleep on the floor, in the living room, or anywhere other than his “bed”. He never told me why because he felt bad that we bought him the futon he wanted and he hated it. About a month ago I couldn’t sleep and he had gone to a friends house so I went to lay in his bed and I almost cried. Not only was that the most uncomfortable thing EVER, but I realized he couldn’t possibly have been getting a good night’s sleep on that and no wonder he had so many problems at school.

When we got the opportunity to try out The Dream Bed we knew we had to give it a shot. Funny, how things work out because I had just caught glimpse of a press release a month or two ago about a mattress company who was doing a two-for-one deal where you could order a mattress and have it shipped to you in a box and the company would give a mattress to someone in need. If you are a regular here you know how much I love a company that gives back, so working with The Dream Bed was a great match for us. 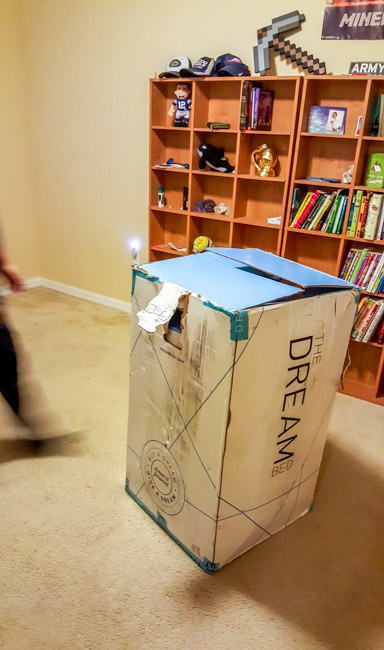 Living in Florida it’s hard to sleep sometimes because of the heat, so when James picked out his mattress he choose the Cool Dream Bed. He also wanted something bigger than a Twin so he asked for a full size mattress and when I told him it was going to be coming in a box, he was really surprised. I think he was expecting something huge and you can only imagine his surprise when this small box showed up.

The Cool Dream Bed is the first temperature cooling bed-in-a-box on the market! Both Original and Cool Dream Beds feature memory foam and latex foam interiors to provide a comfortable sleep experience.

So what’s stopping you from buying a bed-in-a-box? Is it because you prefer to try your mattress first? Well, no worries. Head into your local Mattress Firm and try one out! But if you are like me and rather just have them drop it off at the door, don’t worry. If you don’t like it you have 180 days to decide and get a full refund. You can’t go wrong with that. 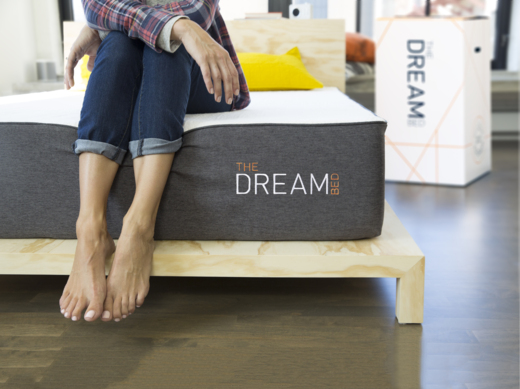 After sleeping in his new Cool Dream Bed I’m happy to report that James is having a better tomorrow! He is so much more rested and he just LOVES his new bed! I sleep better knowing that we supported a start up company that gives back to the community (nearly 105 beds have been donated probably MUCH more now). Hopefully you will sleep better and give them a try when you replace or decide to purchase a new mattress.  Dream on!

This is a sponsored post written by me on behalf of The Dream Bed™.