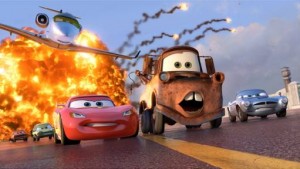 Cars was probably my son’s all-time favorite Disney film ever.  He is seven years old now but he still LOVES the characters, the movies, the video games, and all things CARS.  He still owns tons of stuffed animals (Mater being my favorite) and has posters plastered on his walls.  I don’t know a boy who doesn’t like this movie and with the CARS 2 coming out in 3D and IMAX 3D it is sure to be a blockbuster. 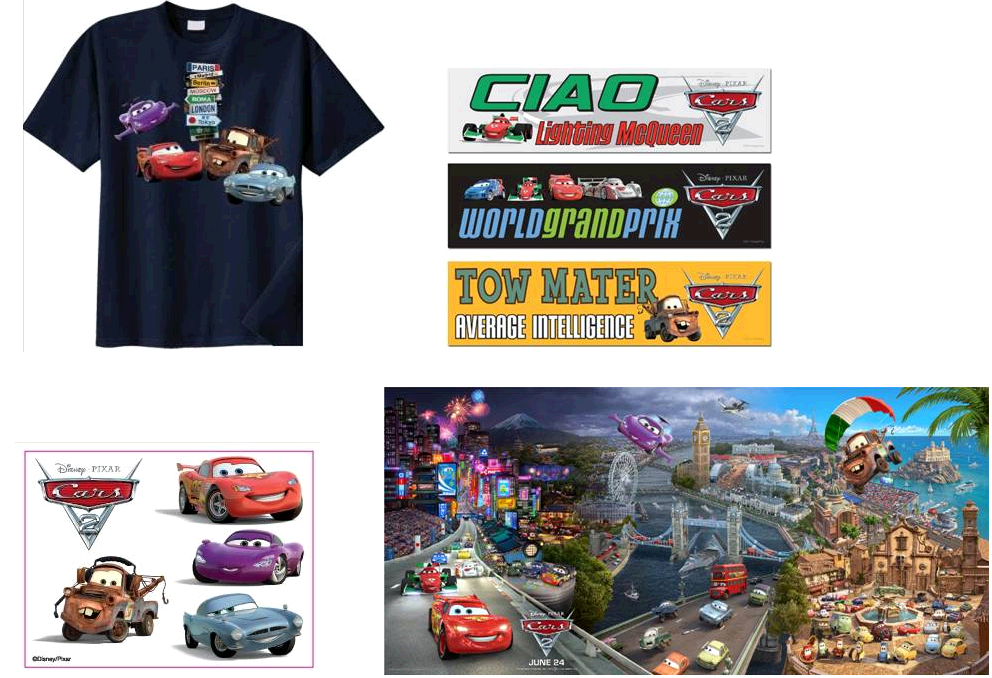 What Can You Win?

Now your son or daughter can be super cool with this exclusive giveaway featuring CARS 2 products such as bumper stickers, a shirt, puzzle, and temporary tattoos (examples above).

How Do I Enter?

To enter please leave a comment in the comment section letting me know which character is your favorite or your child’s favorite.

Are There Additional Ways To Earn Entries?

Star racecar Lightning McQueen (voice of Owen Wilson) and the incomparable tow truck Mater (voice of Larry the Cable Guy) take their friendship to exciting new places in “Cars 2” when they head overseas to compete in the firstever World Grand Prix to determine the world’s fastest car. But the road to the championship is filled with plenty of potholes, detours and hilarious surprises when Mater gets caught up in an intriguing adventure of his own: international espionage. Mater finds himself torn between assisting Lightning McQueen in the high-profile race and towing the line in a top-secret mission orchestrated by master British super spy Finn McMissile (voice of Michael Caine) and the stunning rookie field spy Holley Shiftwell (voice of Emily Mortimer). Mater’s action-packed journey leads him on an explosive chase through the streets of Japan and Europe, trailed by his friends and watched by the whole world. The fast-paced fun includes a colorful new all-car cast, complete with menacing villains and international racing competitors.

John Lasseter returns to the driver’s seat to direct this follow-up to his 2006 Golden Globe®-winning “Cars.” “Cars 2” is co-directed by Brad Lewis, producer of the Oscar®-winning film “Ratatouille,” and produced by visual effects industry veteran Denise Ream (associate producer, “Up”; visual effects executive producer, “Star Wars: Episode III – Revenge of the Sith”). The film hits the track on June 24, 2011, and will be presented in Disney Digital 3D™ and IMAX® 3D in select theaters.

Disclosure:  There was no compensation for this giveaway or this post.  The giveaway ends July 6th at 11:59pm and is open to all US and CANADA residents.  Winner will be selected randomly using And the winner is…