WHAT: Disney Store will celebrate the opening of the newly designed store Perimeter Mall in Atlanta, Georgia, on Wednesday, March 30, 2011. This will be the first of many newly designed Disney Stores to open in 2011. Jodi Benson, the legendary voice of Ariel, from Disney’s The Little Mermaid, will join Atlanta families in celebrating the new store opening.

With each new store opening in 2011, Disney Store will donate 10 percent of the first day’s sales to the Make-A-Wish Foundation in the United States.

WHERE: Disney Store at Perimeter Mall

The Disney Store retail chain, which debuted in 1987, is owned and operated by Disney in North America, Europe, and Japan.  Disney Store is the retail merchandising arm of Disney Consumer Products, the business segment of The Walt Disney Company (NYSE:DIS) and its affiliates that extends the Disney brand to merchandise. Disney Store carries high-quality products, including exclusive product lines that support and promote Disney’s key entertainment initiatives and characters. Disney Store opened its first store in Glendale, California and, in doing so, originated the themed retail business model. There are currently more than 200 Disney Store locations in North America; more than 40 Disney Store locations in Japan; and more than 100 Disney Store locations in the United Kingdom, France, Spain, Ireland, Italy and Portugal, plus online stores www.DisneyStore.com and www.disneystore.co.uk. Each Disney Store location offers a magical shopping experience that can only be delivered by Disney, one of the world’s largest and most successful entertainment companies.  For more information, please visit www.disneyconsumerproducts.com/press/us/disneystore or follow us at www.facebook.com/DisneyStore and www.twitter.com/DisneyStore. 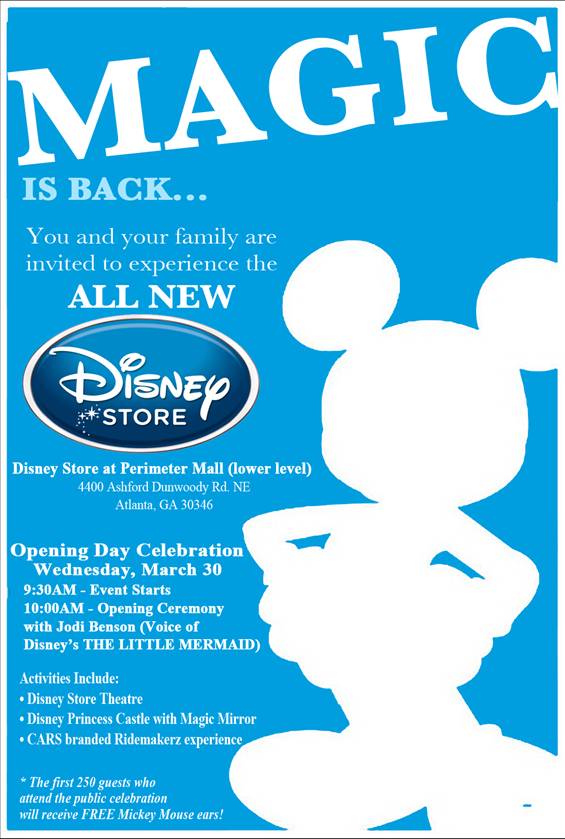