You are here: Home / Travel / Discovering New Destinations On a Motorcycle

Discovering New Destinations On a Motorcycle

Discovering new destinations on two wheels is so much more thrilling and enthralling than if you embark on the same adventure using a car. Motorcycles have a significantly higher power-to-weight ratio than the vast majority of cars on the road, which makes them more exciting to ride since you feel the acceleration much more while still feeling very connected to the road and everything around you. 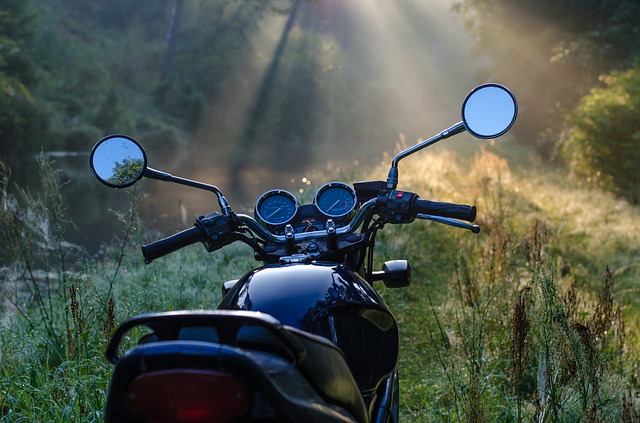 Another part of the thrill of a motorcycle is the increased danger since you don’t have the extra protection on a bike like you would in a car. Speeding down an open road is simply more exciting when you’re not in a metal cage but exposed to danger. Motorcycle road trips are simply much more interesting than those undertaken in a car, for the thrill and the sense of adventure. Traveling by motorcycle exposes you to the weather and to the elements, thus offering a more immersive experience than sitting behind the wheel for hours would.

While it may be thrilling to ride a motorcycle, it comes with 26 times the risk of death in case of an accident when compared to driving a car. Annually, more than 88,000 motorcyclists and their pillion riders are injured in nonfatal accidents in the United States alone. Many hospitals get the largest number of donor organs from people who’ve suffered a motorcycle-related fatality since the donors were often young and healthy aside from suffering fatal injuries. If you don’t want to become an organ donor anytime soon, you should follow certain safety steps to reduce your chances of it happening.

Of course, it’s important to know of a good motorcycle injury lawyer before you just hop on a bike and hit the open road. While there’s no guarantee that you’ll actually be involved in an accident on your next long-distance ride, it’s preferable to be prepared for any unforeseen circumstances than to wind up paralyzed and in the hospital and without a lawyer when some moron forgets to use their turn signal. There are definitely steps that you can take to minimize the risk of being involved in a motorcycle accident, but there still remains a chance that an accident can occur. It’s important to know of a motorcycle lawyer before this ever happens and to ask the right questions when looking for one.

One way to reduce the likelihood of becoming the victim of a serious or fatal motorcycle accident is to wear the necessary protective gear. A number of states do not require helmets or other motorcycle protective gear for riders over 21, but it’s a good idea to wear a helmet even if you won’t get in trouble with the law for not having one. Banging your head off the road at 60mph isn’t going to look good in the end, but wearing a helmet will decrease your chances of becoming another statistic. Beyond wearing a helmet, it’s probably a good idea to invest in other safety gear to reduce the likelihood of injury in the case of a crash.

Paying attention to your surroundings should go without saying since distracted riding can easily lead to an accident. Observing proper vigilance simply isn’t something that you can afford to overlook. You should also never drink and ride. Forty-three percent of single-fatality motorcycle accidents involved alcohol. Riding drunk might not get you killed every time, but it will seriously impact your awareness. Choosing the right bike is also vital to your safety, and this means going for a roadworthy bike that fits you.

Knowing of a good motorcycle injury attorney is very helpful in case of an accident, but even better is to follow safety tips in order to reduce the likelihood of injury and the subsequent need for a lawyer in the first place.

You should absolutely never drink and ride since it gives you a great opportunity to either end up in jail or in a funeral home.