You are here: Home / Featured / Culture and Heritage: The Empanadas of the Philippines

Culture and Heritage: The Empanadas of the Philippines 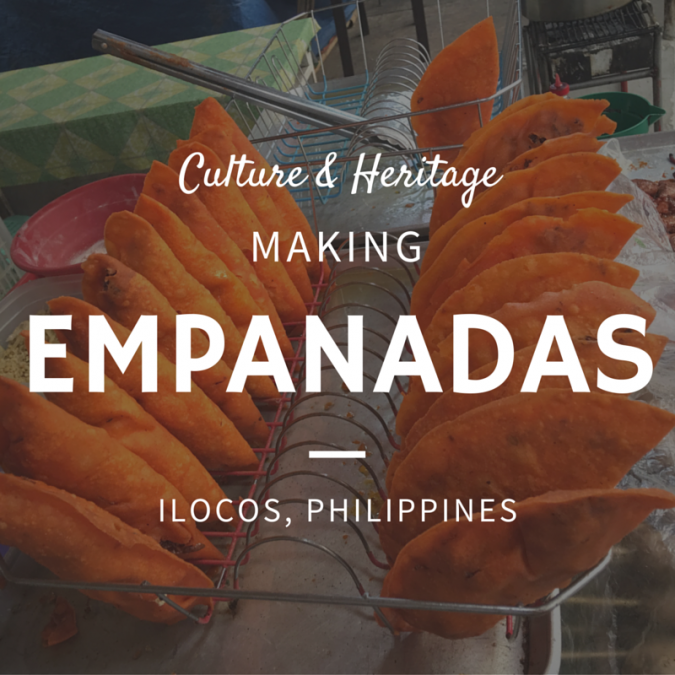 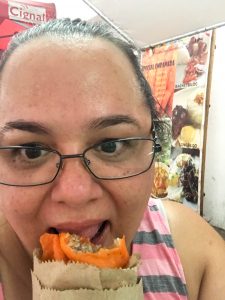 On my recent trip to the Philippines to Ilocos, I got to experience various traditional street foods, but it was the Empanadas of Ilocos that stood out in my mind. You wouldn’t think there would be such a difference in the empanadas between Laoag and Vigan City, but their is a big difference to me. I won’t tell you which I liked best because I want you to decide, but I will say they were both very good and much better than any other empanada I’ve had anywhere in the world.

In Ilocos Norte, the typical empanada is more of an orange color due to the rue/dough they use. It’s flakier than the Vigan City variety too.  Watch the video and you will see they use green papaya, Ilocos longganisa, and an egg to fill the dough. Unlike Vigan City empanadas they add the whole egg, not just the yolk. 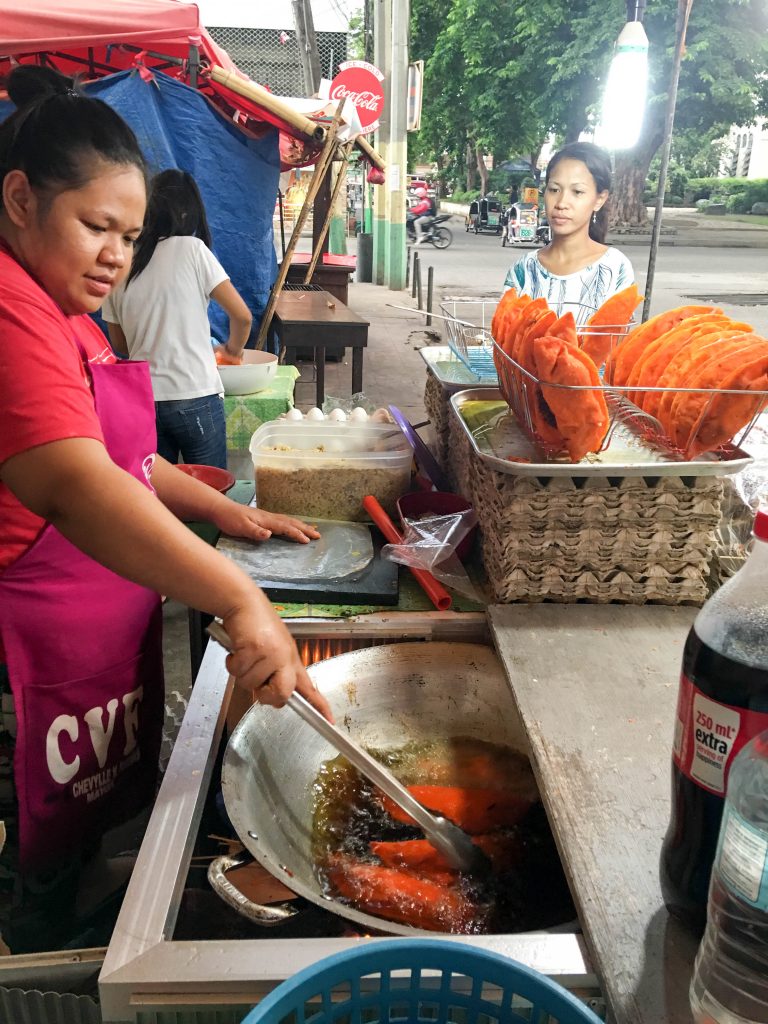 When you visit Ilocos Sur, the empanadas in Vigan City have their public area (they are so famous) called The Vigan Empanadaan.  There you will find lots of areas under the tent selling various street foods including Ukoy, chicken intestine delicacies, and empanadas. Unlike the empanadas in Laoag the Vigan City version are lighter in color and texture. The crispy rice flour is stuffed with egg, Vigan longganisa, and green papaya (sometimes with carrot and bean sprout).  Both versions are best dipped in Ilocano coconut vinegar and onions! 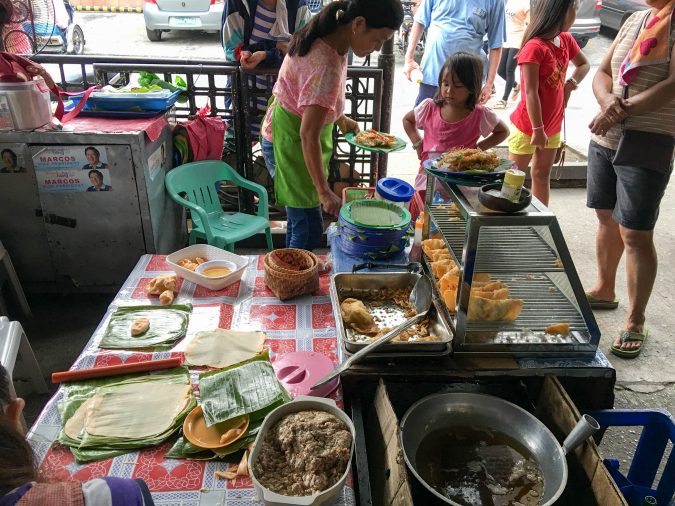 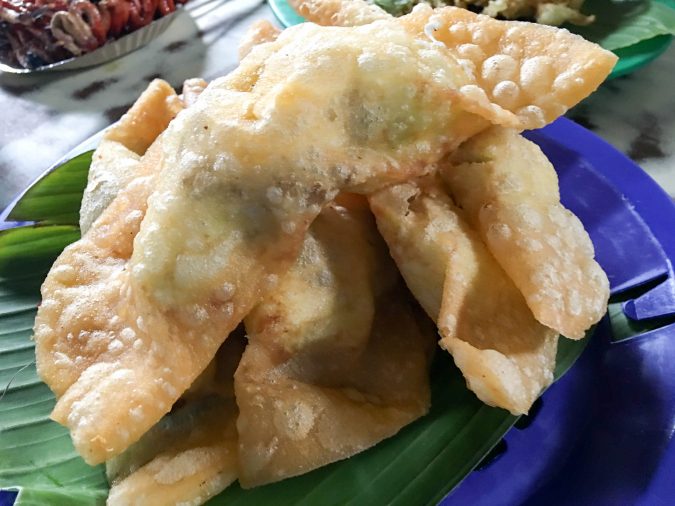 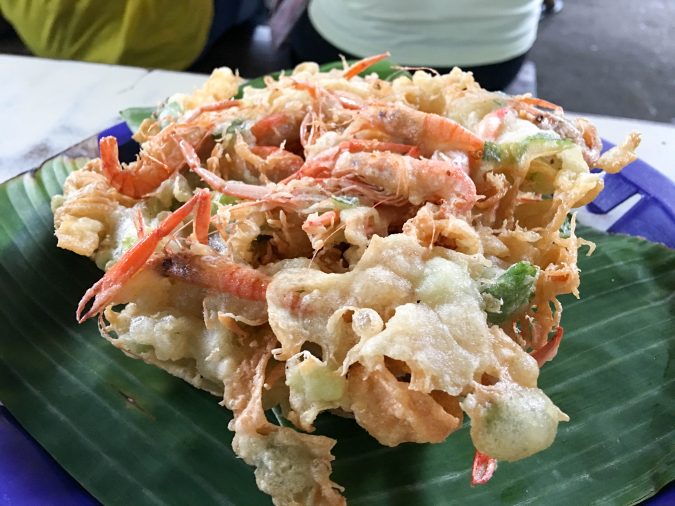 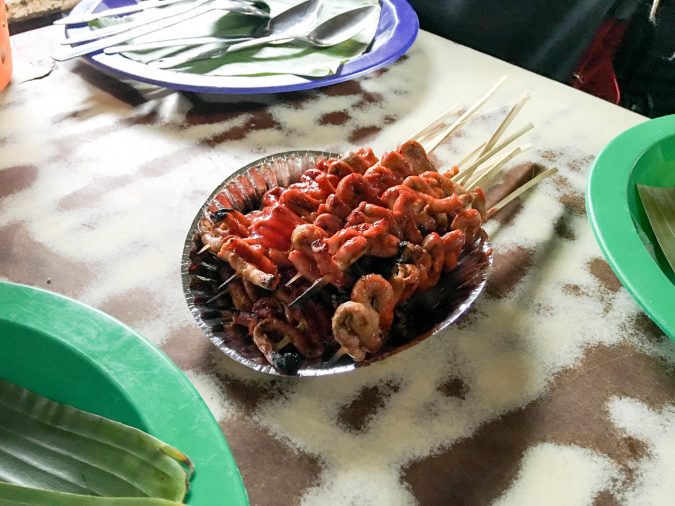 If you want to sample the delicious empanadas of Ilocos TBEX is hosting a conference in the Philippines in October 2016. I believe one of the excursions they are offering is a visit to Ilocos similar to the one I did. I highly recommend checking it out, not only because their empanadas are delicious, but also because of the rich culture and heritage the area has to offer.  It’s a great opportunity to visit the Philippines!