You are here: Home / Everything Else / Changes in Gut Bacteria Linked to Digestive Disorders & Brain Disorders

When you get sick, you know that the cause is usually viral or bacterial. It seems like every day there is a new illness coming out that people have to worry about, but even when everything seems good in the world, researchers are always testing new hypotheses and finding new results. Recently, doctors found that the bacteria found in your stomach and digestive tract are actually linked to other parts of your body. Not only does stomach bacteria lead to digestive disorders, but it can also have a negative impact on your brain too. 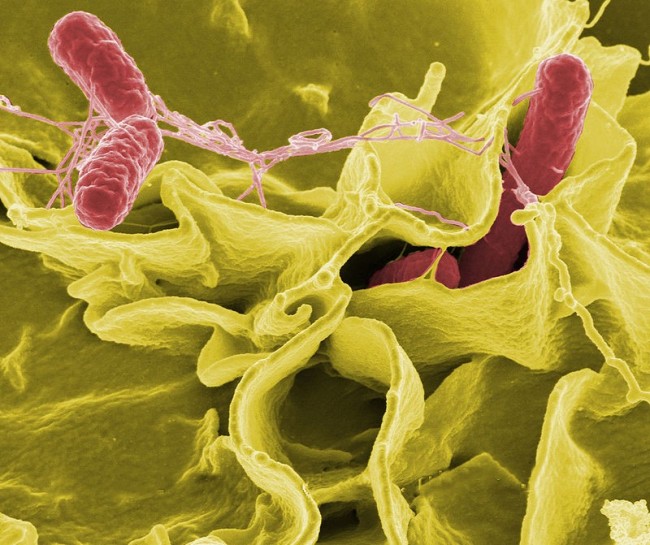 Think about it. How many times have you experienced a “gut” feeling? There was something that made you act in some way or not act in some way because of something you internally felt in the pit of your stomach. Doctors have recently discovered that there is actually a link between the stomach and the brain, and that bacteria from the stomach can actually control anything from indigestion and mood swings to other emotional decisions as well as disorders. So when you have that feeling in your gut, it could actually be sending a signal to your brain to make you act/not act in a certain way.

The connection between the mind and the stomach goes further than just a gut feeling. Studies have found that there is a correlation between stomach acid and the emotion you feel and experience. For example, one study found that disrupting the stomach of newborn rats generated actions of anxiety and stress. The reason? Serotonin. Serotonin in your brain is what is used to regulate your mood; however, 95% of your body’s serotonin is produced in the intestinal tract. This is one of the many reasons why scientists and doctors are beginning to understand the true correlation between the mind and the gut.

Aside from autism, scientists are starting to determine a correlation between the gut and mental illness. The bacteria found in your gut can communicate and interact with your immune system. Because of this, any issues that you may experience in the stomach can actually travel to the brain and cause a variety of mental illnesses. For example, certain bacteria in the gut can be found in people who suffer from anxiety, depression, or other psychiatric diseases. Gut bacteria can also negatively impact neurotransmitter receptors that play an important role in regulating mood. People who lack these receptors, or those who have damaged receptors, are more likely to suffer from bipolar disorder or schizophrenia.

Although most of the research on this topic is quite new, it’s never a bad idea to get a head start on something that seems to make sense. Creating a healthy relationship between your stomach bacteria and your brain is essential for optimal health. But how do you do that? It’s simple. Doctors suggest eating a diet that is filled with rich and healthy foods, such as vegetables and whole grains. It’s also suggested that you take probiotics too in order to help regulate the digestive tract and keep your mind and body happy and healthy.

John Miller is a home improvement and design expert who loves sharing what he has learned throughout his career on various online media and websites.