You are here: Home / Everything Else / Health/Wellness / 5 Reasons To Go For An Eye Exam

5 Reasons To Go For An Eye Exam

Eyes stand as the most important organs of the body. The importance of human eyes can be realized from the fact they help people in viewing this beautiful world and in perceiving things through vision. However, unfortunately, the societal norm is that most of the issues that are related to eyes are often overlooked. Just as we visit the doctor for a routine checkup every six months up, an eye exam is also a major part that confirms the veracity of the healthiness of the complete body. 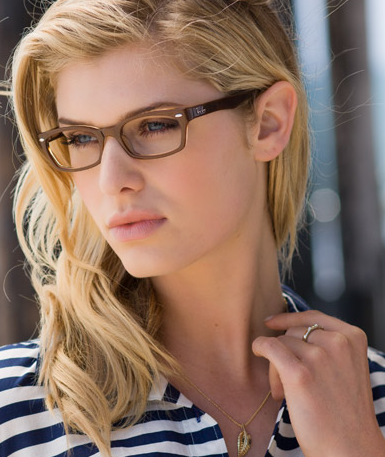 People who often brush the issue under the carpet are the ones who are at the receiving end of the deadly macro problems in the long run. Therefore it is suggested that every person should undergo an eye exam every few months up.

Let me take you through 5 reasons for going for an eye exam:

You have frequent headaches and migraines

This is the first major reason that you need to start counting on. You cannot simply chicken out by saying that it’s a minor issue. Most headaches that come with no major reason are strong symptoms that an eye doctor must be consulted. People who have issues in their eyes often complain about having pain in the back side of the eyeball. Don’t overlook this problem and consult a doctor.

This is very common with kids who have weaker eyesight in the beginning. Nearsightedness and farsightedness are two major causes of this. If you can’t recognize a friend who is standing only ten steps away, then you need to do something about it. Unclear visibility might even run the possibility of somebody bursting into road accidents. Therefore it is better to undergo an eye exam.

Your eyes are giving out the frequent discharge

Most people will have teary eyes in case they develop an infection. Though, how far can that get? A frequent discharge that persists over the long term is a very prevalent indicator of the fact that there’s something severe that needs to be paid attention to. You can consult a keratoconus doctor in case the issue has already worsened. If an eye exam is concluded with the diagnosis of serious eye illness, then undergoing an eye surgery will be mandatory.

Your eyes are red

How often do you get eye allergies? There are many reasons for eye redness. One could have got allergies or eye fatigue. Often the overuse of contact lenses leads to one having redness in the eyes. Moreover, if a person has to sit in front of laptop screens for a long time at work, then even that could have had done some damage to the eyes. However, if redness of the eyes is complimented with impaired vision, then that could be possibly damaging.

You have weaker eye muscles

People who don’t get adequate amounts of sleep and prefer to stay on gadgets for a long time develop the chances of having weaker eye muscles. When people have weaker eye muscles, then that results in tingling sensation in the eyes. Moreover, they also have difficulty in going to sleep at night. If this issue is common with you, then you better consult a doctor.

Lastly, it is very imperative to undergo an eye exam every six months up. Healthy eyesight is extremely important for a person’s routine life. A healthy eyesight is in its highest form whenever compared to any artificial high definition camera lens in the world.