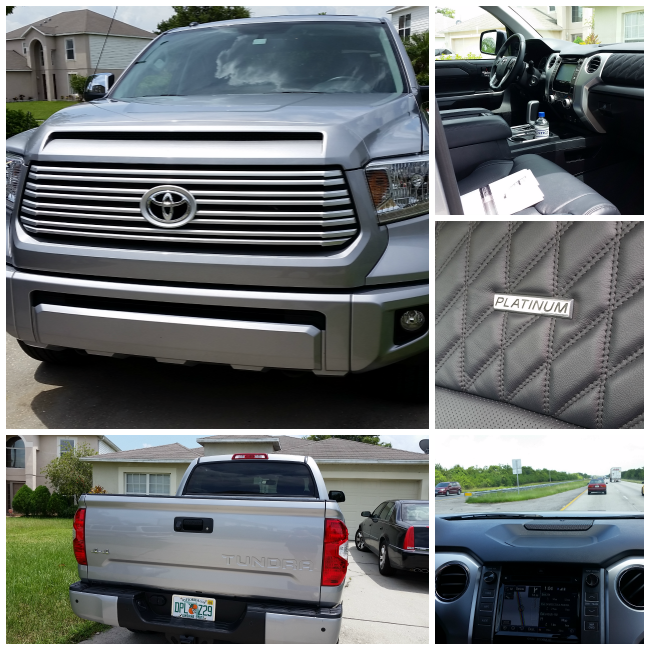 It’s been a tough summer here in the Samples’ household. James spent most of it in the hospital in May, June, July, and part of August for a total of just over a month. For the very short time he was out and about a bad tire on his truck (not a Toyota) blew out and ended up totally his truck leaving him with no man vehicle to use to go kayaking and hiking. At the end of August when things started to calm down and get back to normal and before little James had to go back to school we planned a two week break and put the 2015 Toyota Tundra Platinum to the test since we are in the market again for a truck. What we realized is the 2015 Toyota Tundra Platinum is both a hard working vehicle but also doubles as a vehicle fit for a family of four.

The Toyota Tundra is a full-size pickup although we enjoyed the Platinum series for a couple weeks it does come in three different cab and bed sizes.  It also have five trim levels and is available in 2WD as well as 4WD.  It’s definitely got a version for almost any consumer and if you chose the model we had it’s perfectly big enough for a crew or a family of four and all their luggage (inside the cab). It will haul a good load too and we were able to throw both our kayaks in the bed with more than enough room for camping gear and whatever else we would have needed for a trip out in the woods. 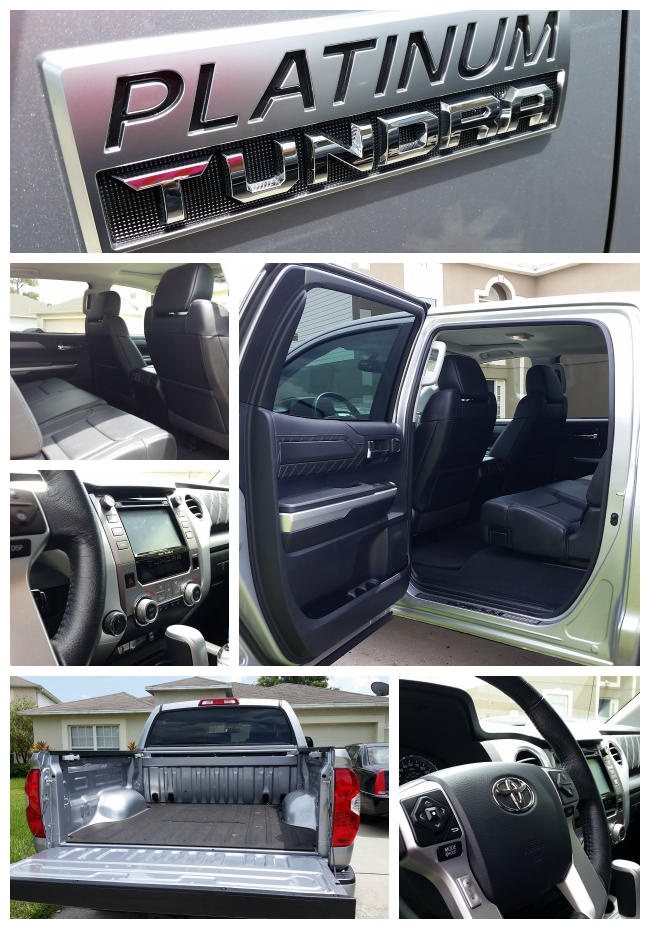 Although we never weighed it down, it certainly had enough get up and go and even with the full cab it was quick off the line. I love that about this truck. As a family who likes to get where they are going a sluggish vehicle just isn’t right for us. What really surprised both James and myself about the Tundra was it’s turn ratio. Unlike James’ last truck the Toyota Tundra turns on a dime making U-turns, parking, and maneuvering it through tight spaces easy. As far as the features are concerned they didn’t miss a beat. The navigation system is voice activated and you can find all the controls on the steering column within reach. If I had to find one thing that bothered me I would have to say it was that I didn’t have enough time with the vehicle to really learn where all the buttons were because this bad boy was super loaded with features! 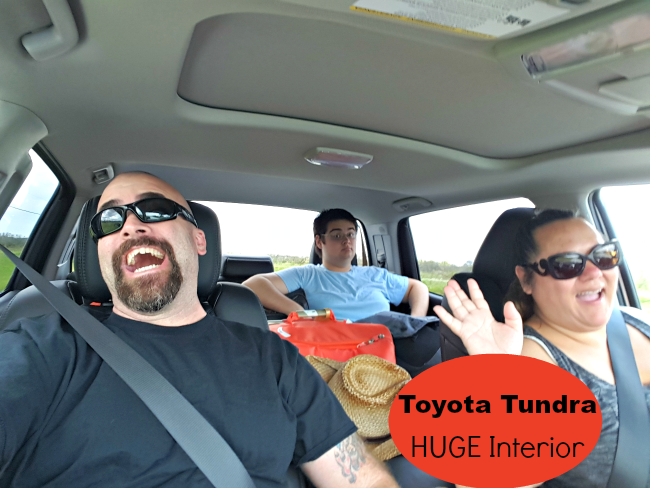 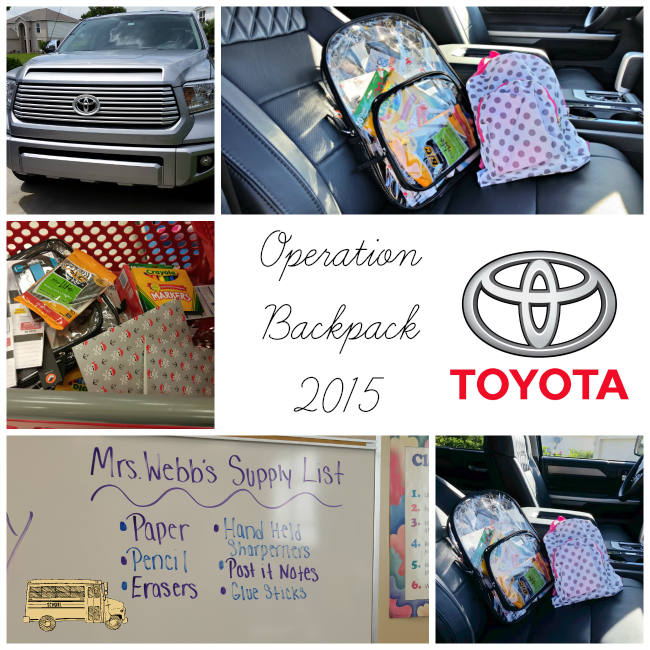 There’s something about a company that gives back to the community that truly resonates with me. This year Toyota worked hand in hand with Operation Backpack and loaned numerous bloggers vehicles to go shopping for school supplies and backpacks for kids whose families just couldn’t afford it this year. I was given $50 to hit the store and buy supplies so little James and I took the Toyota Tundra out to Target and loaded up two backpacks, one for a boy with a pirate theme and one for a little girl. It was a lot of fun for me to buy for a girl seeing as how we have a house of males! It was also great knowing we were helping out.

It’s not too late to donate to Operation Backpack, learn more here.

The Volunteers of America’s Operation Backpack helps to fill a backpack, fund after-school and mentoring programs, or provide other vital services that struggling men, women, and children need. Best of all, you’ll show a child that someone believes in them.

Disclosure: I was given the Toyota Tundra for two weeks to enjoy with my family and to use while shopping for Operation Backpack. I was asked to provide an honest opinion about the vehicle if I chose to do so.